The brief was very simple, create a fun design for kids that would represent a fun run, and would look good on a t-shirt. At this point it wasn’t specified on the colours or the amount of colours, so this was a fun creative open project.

I wanted to play with a more standard font and a fun hand based font. I wanted ‘Fun Run’ to be the biggest and most playful part. The rest of the text was informative and for that reason I picked a font that which had many different weights.

After reviewing designs from the previous years, cartoon based illustrations and running based graphics, I was set to open Adobe Illustrator. See the designs below: As you can see, I went with a running man made up of ink splats, the footprint of a shoe and a finishing flag. These designs were submitted for review and led to the following designs below:

I worked further on the flag designs. I also found out that the Mount Bethel general school mascot is a boat. For that reason you can also see the boat design. Again below see the progression of this: 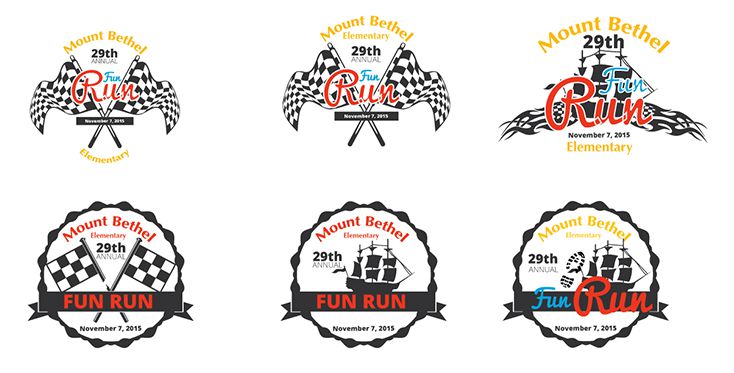 After further review, the client asked for me to do some oval shaped, bumber sticker designs to just see how it worked out.

The final design after much deliberation was the running man. He was fun, related to children, had a super hero quality and really expressed the fun in running. We started with a multi colour based guy, but finally found out that we had to stick with a Max of 4 colours. This was due to the cost of t-shirt printing. 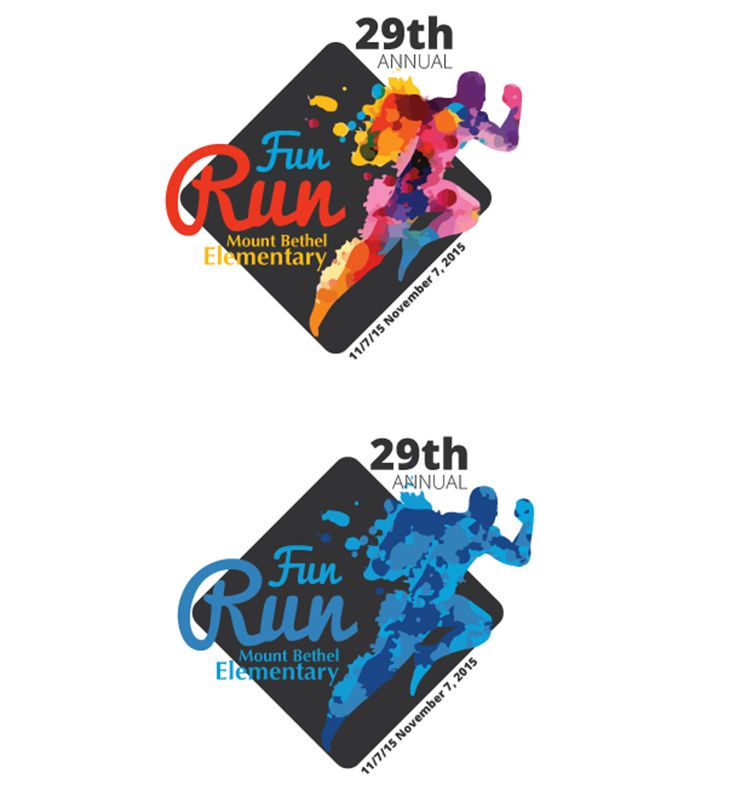 With that in mind we played with a blue guy, a red and orange guy and finally a green, blue and white guy. We finally decided the later was best and went with him:

With all that in check, the design was placed on a mock t-shirt, the fonts were outlined, and the running man set and positioned for print. 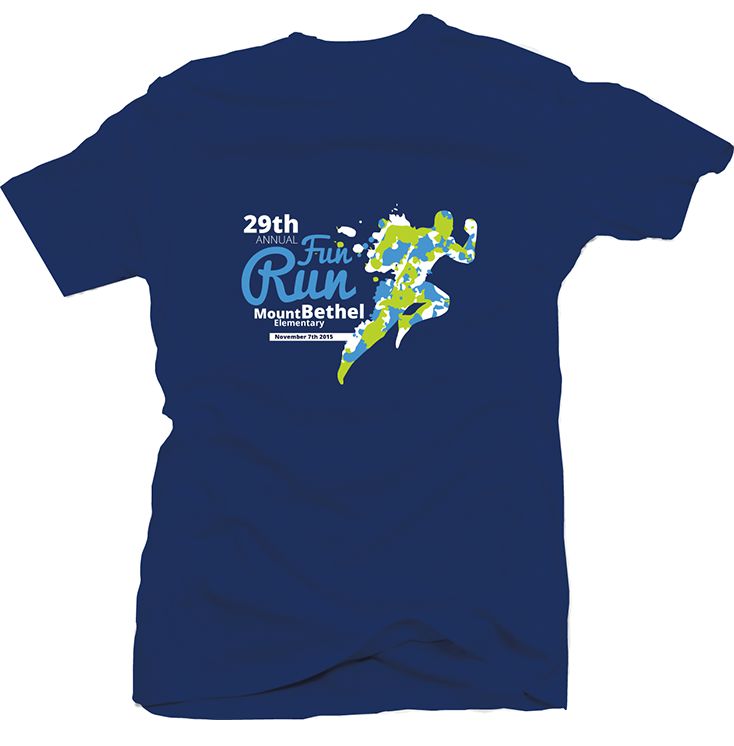 The printed version can be seen in the Image below: