We talk with Ed Katz, creator of Mat-a-Door about what it takes to apply, receive and protect a patent. 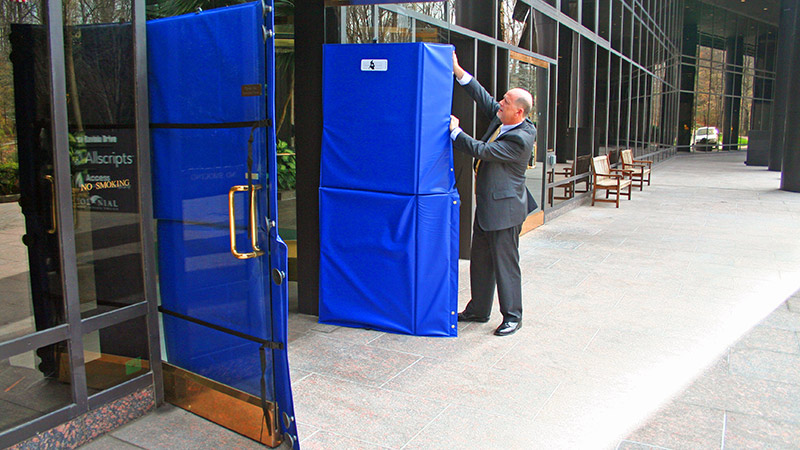 Have you ever wondered what is involved in getting a patent for an invention or innovation?

We recently learned Ed Katz, one of our friends / clients has been awarded several patents. What a perfect person to learn what is involved in the patent process.

Q: How many patents do you have and how would you describe the Patent Process? 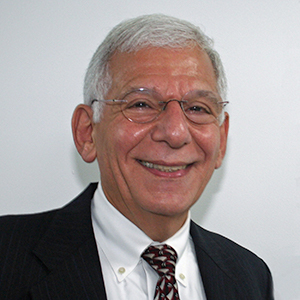 Ed Katz of Mat-A-DoorKatz: Over the past 30 years, I applied for more than 10 patents and received 8.

In my opinion the very first step is to determine whether there is a need for your product in the marketplace. If there is, how large is the market?

In other words, is the market large enough to give you a return on your investment?

Most people think once you get a patent, “you’re in the money.” In reality that’s just the beginning. Did you know that less than 2 percent of all patented items ever make it successfully to the market?

Product development and manufacturing costs can be very expensive. No manufacturer wants to make just a few of anything. In order to get the price down, I must order a minimum of 100 sets of my patented Mat-A-Doors® at a time. Then I have to store them until I sell and ship them. That adds to the cost because in addition to the cost of the warehouse, insurance, electricity, and heat, I have to transport them to the storage facility.

If you decide the market is large enough for your invention, your next step is to identify who will purchase your product and at what price. Will you sell it directly to your customer or will you wholesale it to a distributor? Either way, your selling costs can significantly reduce your gross profit.

If you choose to sell it directly over the Internet, you’ll have the costs of website development and promotion. Simply having a website doesn’t guarantee you’ll have customers. Since the Mat-A-Door® is unique, I have to drive prospects to my site. I do this by writing articles promoting the product and sending direct emails to prospects. To get the articles published, I use a public relations firm; to get email prospects, I purchase lists. Both can be expensive.

To apply for a patent, I always hired patent attorneys. In the past I only had one bad experience with the process. In 1990 the patent attorney I hired told me I would have no trouble getting a patent for one of my earlier inventions. After three attempts and several thousand dollars later, the US Patent Office rejected my applications. My hotshot attorney’s response to me was, “Well, we tried.” In my opinion, my attorney was in it just for the money.

After that costly experience, I hired a patent attorney who was honest—who didn’t overpromise, and who told me the truth about my chances for getting patents. With his objective advice, I didn’t waste my money on “iffy” inventions. Each patent application cost an average of $5,000 whether I got a patent or not.

Q: What can you tell us about your Mat-A-Door® building protection device? What is it? What does it do? How did you come up with the idea?

As a former office mover, I made sure our crews acted professionally in the office buildings where we performed moves. Unlike our competition, we didn’t disrupt the buildings and went to great lengths to minimize the risk of damage to building walls, floors, and doors.

Our philosophy was that we were a guest in the landlord’s house, and we always wanted to be invited back.

The end result; landlords and building managers loved us. We found that it was not uncommon for the landlords from the buildings our prospects were moving from and to both recommended us to their tenants. Because of such high recommendations, we were often the only bidder.

Overtime I personally developed a stellar relationship with most of the building managers in our market. A few years before I sold my company, some of them told me I should develop a way to protect the lobby side entrance leading into their passenger elevators since they were so susceptible to damage. Not perceiving the need, I jokingly told them to take their elevator cab pads and nail them to the outside lobby entrance.

It wasn’t until after we had a major damage claim during a move that I finally took their advice seriously. The sharp edge of a heavy file cabinet dented an elevator entrance frame when it slipped off the dolly while being pushed over the threshold into the elevator cab. The frame could not be repaired and cost nearly three thousand dollars to replace.

Coming up with an idea was not easy. I initially stuffed vinyl panels with inflatable air mattresses and fastened them to the elevator cab entrance with suction cups. The concept worked but the device was not “user-friendly.” It took too long and required too much effort to set them up.

Finally after two years of failures, I stumbled upon the perfect solution that I named Mat-A-Door®. The device has two high-density foam panels and plastic sheets covered with heavy-duty vinyl. They’re simple to install, lightweight, easy to carry and store, and waterproof. Not only do they protect the outer frame and adjacent walls of passenger elevators, but they double as bump and bang protection for main lobby glass entrance doors as well as fragile reception room doors.

They were so successful with landlords that I decided to sell them nationally myself. I followed the process I described above: develop a www.matadoors.net website, send emails to movers and property managers, and promote the product in my office moving seminars. Following this business model caused the Mat-A-Door® to become my most successful invention. Today I have customers all of the USA, UK, and Australia.

Q: Now that we know what Mat-A-Doors® are, what makes them unique and patent worthy? Are there any steps or guides to determine if an idea can be granted a patent?

Katz: I think the first step is to find an honest, objective patent attorney who has a lot of experience dealing with the US Patent Office. Meet with the attorney and get his opinion of your idea, product, or concept. If he believes it’s patentable, meet with as many of your future prospects as possible and without divulging too much information, run the idea by them. If they’re excited about it, too, develop a prototype. Follow up with more market research by showing the prototype to prospects. Before you do, you might need to have them sign a nondisclosure agreement.

My Mat-A-Doors® are unique. Virtually all of the other products on the market protect inside the elevator cab—not the elevator entrance. My product also doubles to protect main building entrance doors, too.

In terms of getting a patent on an idea, I got a patent on my Space Gobblers™. Space Gobblers™ were reusable PVC bladders that movers inflated over the contents of desk drawers so that a client’s employees didn’t need to pack the contents. The device eliminated emptying drawers, packing, labeling boxes, and taping them shut. We called it the “Boxless” move.

Interestingly enough, we got a concept patent and not a design patent on this invention. In other words, the patent did not cover the size, shape, or material of the device. Instead, it protected the concept. If someone sold an airbag or bladder to inflate over the contents of a drawer so that it could be moved full, they would have infringed upon my patent.

Q: Once you were granted the patent, what do you receive?  What does having a patent entitle you to?  Does the patent expire?

Katz: Once you’re granted a patent, you receive a very fancy certificate from the US Patent Office with a gold seal.

ALL THAT A PATENT GIVES YOU IS THE RIGHT TO SUE SOMEONE WHO YOU THINK IS INFRINGING UPON IT.

In other words, you must hire an attorney and sue them. Litigation could cost you more than one hundred thousand dollars. If you win in court, and the defendant goes bankrupt, you might not get anything.

Not only do patents expire in approximately 17 years, you also need to “feed” them every so often. On average, I have to send the patent office $3,000 per patent every three years for “maintenance.”

Q: Anything else you would like to add about the patent process?

Katz: In my opinion, unless you have a potentially huge market for your product or you want to prevent your competition from copying your idea, I would not recommend applying for a patent.

I’m glad that I did get patents because movers are notorious for copying someone else’s ideas. By having patents on my inventions, movers did not steal my ideas.